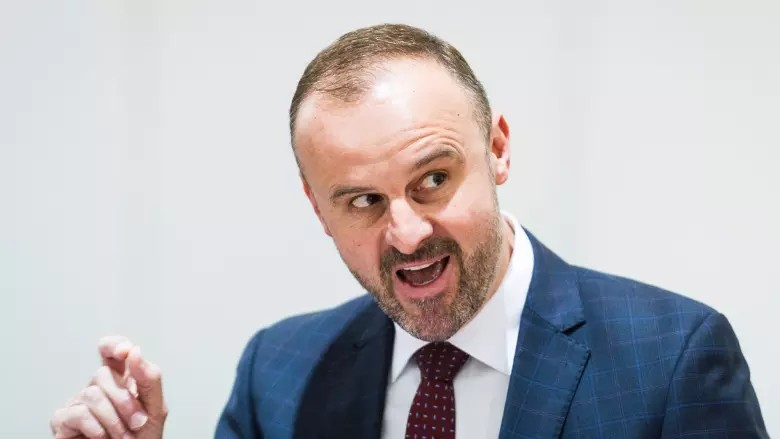 Much like a team playing the second quarter of an AFL football match, the second year of a government’s term in office can shape its focus and give people a strong positive or negative impression about its performance.

Political parties are at their best with a strong grassroots movement. ACT Labor membership has risen 12 per cent in the past two years and impressively, almost doubled its membership in the past decade.

However, there is little disagreement and few divergent opinions in the ACT Labor caucus, with a culture of appeasement filtering down through the party membership.

Blindly supporting the party without constructive criticism is not what is needed right now. At this point of the election cycle, we need competing ideas and robust debate as we approach the 2020 election, just as if we were in opposition and preparing to win government.

May is AGM season, where the rank and file and union members pick delegates for the ACT Labor conference in August. This year, our delegates need to push for reform and a clear vision for the next decade.

These principles are the core values of Labor and the essence of our brand.

The platform of ACT Labor should reflect our aspirations. With a territory our size we should be able to achieve zero homelessness, invest in ongoing training to achieve a world-class public service, and to innovate on public school enrolment practices to improve performance. Labor is a party that is at its best when it pushes for major reform.

Our branch conferences have devolved into theatre mainly designed to show the media our “solidarity” with the government. By avoiding debate, we have decreased the accountability of our elected representatives. The government does tick off its election commitments, however its vision is not easy to articulate. The Barr government can be characterised by its focus on development and tourism. These are not bad things as they generate jobs, but they are not the social values that are a trademark of the Labor movement.

A motion should be passed at this year’s conference to undertake a full reworking of ACT Labor’s platform in preparation for the 2020 election. Our current platform is far too long and often incoherent.

We need a new document that is modern, accessible, and inspirational to both party members and the broader public. It needs to clearly spell out commitments and expectations that we can evaluate the government against.

The process should include consultation with outside organisations to identify what they expect from a modern Labor party.

Differing points of view are needed for this type of reform and accountability. Our party needs to actively recruit more culturally and linguistically diverse members and to promote them as leaders in public life, including for public office.

Needless to say, our elected MLAs and MPs also have a leadership role in developing this platform.

Only three of the 12 ALP MLAs were elected representatives in 2011 at the end of the Stanhope government. It is vital for our representatives to initiate discussions both within and outside the party on an updated platform that is reflective of the progressive values of our entire community.

Thankfully a majority of ACT residents have a decent standard of living, but many see squandered opportunities and a growing underclass. There is a sense that our taxpayer dollar should be doing more.

For the past 20 years, the Canberra Liberals have been beholden to the most conservative elements of the party. If this changes, it may put Labor in a more precarious position.

Labor cannot rely on its veterans to get the party over the line next time. In South Australia, the government was seen as decent but without much spark. SA Labor relied heavily on Jay Weatherill and a few other senior figures. Back here in Canberra, new MLAs have been in their jobs for over 18 months. It is time for them to lead and show voters ACT Labor’s future potential.

ACT Labor needs to remind the electorate why we are worth barracking for. We have a good team on the field, but it is always better not to leave the comeback until the last quarter.