Trolling: When our worst impulses come to the fore 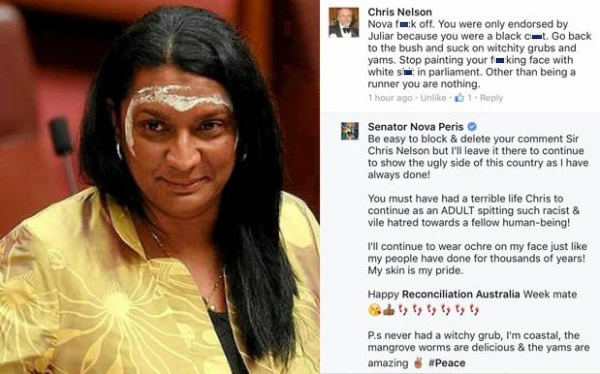 With the recent news that a chiropractor has been charged after allegedly leaving racist comments on Senator Nova Peris’ Facebook page, it is fascinating to analyse the mindset of people who feel the need to insult, belittle, and degrade others online.

Clearly many people feel social media is an outlet for expressions and feelings they must keep repressed in their “real world” lives.

The existence of “internet trolls” has been documented since the mid-1990s. Classic troll behaviour came from people who used anonymous accounts as a way to avoid identification. The anonymity implies that people knew what they are writing was transgressive and took steps to avoid accountability for their actions.

Now though we are seeing more people post things online without making any attempt to hide their identity. With 65% of Australians using Facebook at least once a month, Facebook has become the de facto standard for many of the casual conversations that used to happen in pubs, bars, and backyards. Facebook’s real name policy means it is mostly very easy to work out the identity of people making these posts.

After the fact, many people claim that the posts were “just a joke” or “taken out of context” or even that “someone hacked my computer”. While not excusing their behaviour, they may have been subject to what the US psychologist Dr John Suler calls the online disinhibition effect. Suler outlines six reasons why people feel free to say things online that they would not in person:

All of these factors encourage people to act out, often impulsively – even if the long-term impacts are serious. We are used to operating in environments where social disapproval and punishment is a real and tangible threat. When these are taken away sometimes our worst impulses come to the fore.

This is not an easy problem to solve.