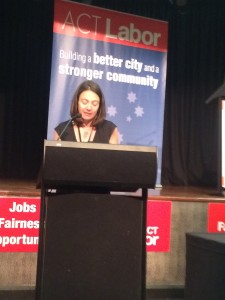 At the ACT ALP Annual Conference in 2015, a rule change was proposed to drop the mandatory requirement for union membership to be a member of the ALP, in line with a similar rule change passed at the earlier ALP National Conference. I was proud to speak in support of the rule change. 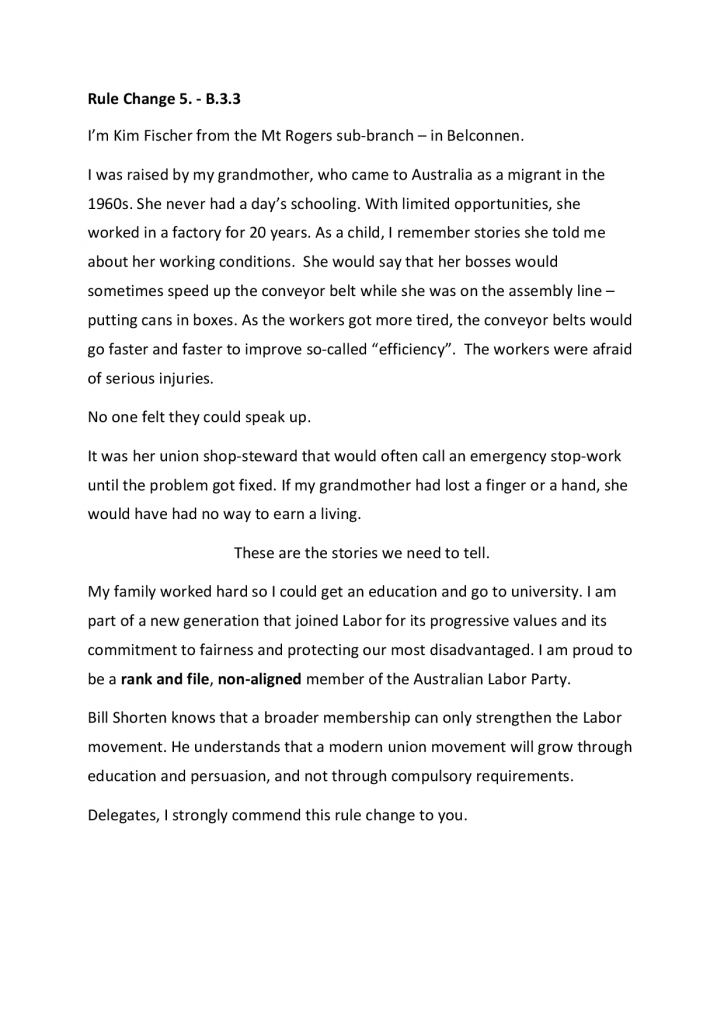 I also spoke on a motion commending the importance of a platform that emphasises a high quality early childhood education: 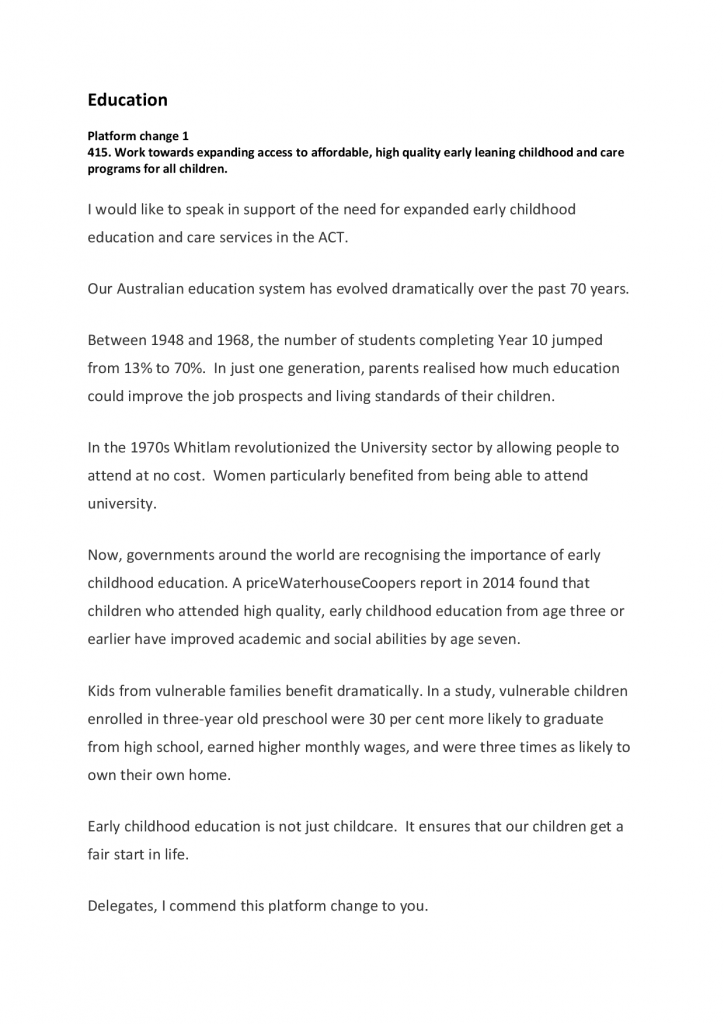