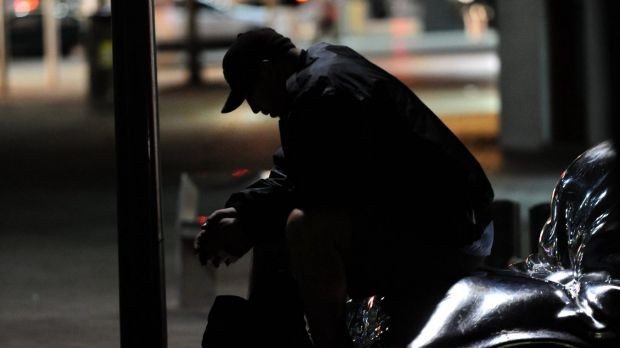 Imagine living through the Canberra winter chill without a roof over your head.

This July, three organisations doing very important work to address homelessness celebrated important milestones. The Early Morning Centre in Civic celebrated 10 years of providing free meals to homeless people and helping them access the support and services they need to get their lives back on track. The crisis accommodation provider Samaritan House run by St Vincent de Paul also recently celebrated 20 years of operations and Common Ground Canberra in Gungahlin opened its doors on July 3 this year, providing 20 one-bedroom units for people experiencing homeless as well as an additional 20 units as affordable rental housing.

In the 2011 census the ACT had the highest rate of homelessness anywhere in the nation except for the Northern Territory, with approximately 50 people per 10,000 being classified as homeless. Compared to other states and territories, which have either stayed roughly the same or decreased, the ACT rate of homelessness has jumped more than 60 per cent over the previous 10 years.

Causes of homelessness are varied but commonly include domestic violence, a lack of affordable housing, unemployment, mental illness, and family breakdown, as well as drug and alcohol abuse. Contrary to popular opinion, studies show that mental illness and drug/alcohol habits are just as likely to be consequences of homelessness rather than a cause.

The ABS defines homelessness as falling under three categories:

In the ACT, our high rate of homelessness is mostly hidden because the majority of our homeless people are secondary homeless. Every night, 1400+ people in Canberra only have a roof over their head at night because of the support and sympathy of individuals and organisations prepared to put them up. They have no place to call their own. (Homelessness numbers are likely under-reported as well, particularly for young people, Indigenous people, and those escaping violent situations.)

Homelessness is debilitating because shelter is such a fundamental physiological need. It makes just keeping a normal life going a huge challenge; jobs and relationships become much harder to maintain. The stigma of homelessness can also be a huge problem. Once people “look” homeless, they not only feel isolated from society, but often get rejected for job and housing applications.

It is great that the ACT has such a strong temporary accommodation program, which means that few people are out at night sleeping rough in July. However, Canberra’s property market remains the biggest barrier to ending homelessness permanently. Only 1 in 5 rental properties are affordable to a person on the minimum wage. We have the highest median rent in the country. These high costs appear to be a significant contributor to the fact that 13.2% people in the ACThave repeat periods of homelessness, nearly double the national average.

The chief goal of the 2006 Affordable Housing Action Plan championed by Jon Stanhope was to ensure access to home ownership for people on lower incomes in Canberra. Unfortunately, key measures remain unimplemented which have pushed house prices up again in recent years.

Put simply, to end homelessness in the ACT we need to address two key factors:

If you are homeless in the ACT, or are worried that you might become homeless, contact First Point on 1800 176 468.

Share
Previous article « How UC plans to become a world-ranked university by 2018
Next article Breaking the cabal – how can we create more diversity in decision-making positions? »